Two romantic comedies with guys learning How to Love 💖💓💘

OUT TODAY: not one, but two sexy romantic comedies – a bit of cheek to cheer you up in these crazy times. One’s a re-release, the newly-edited novella “How to Steal a Heart in 500 Kisses“, the other’s a brand-new novel: “How to Evict a Hot Jock in Three Weeks“. Both are fun, light-hearted romps that should have you smiling in no time.

Both are available on Amazon & Kindle Unlimited! 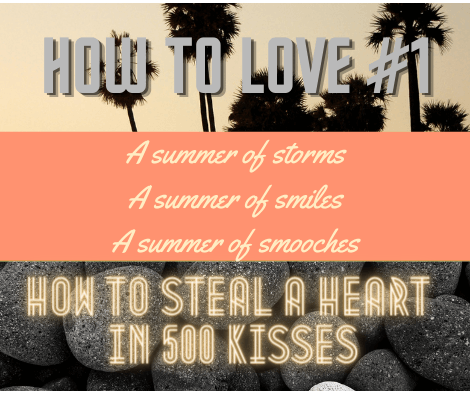 Chris Montgomery doesn’t believe it, and he’d know. He’s met— and had— many a man. None of whom he’d want to share five hundred kisses with. If you don’t like someone, you just don’t like them. End of story.
No amount of kissing will change that.

Dylan Halsworth doesn’t believe it either. But Chris and his arrogant, always right, dare I be wrong attitude has Dylan challenging him to try it. And who knows, maybe watching his most loathed neighbor suffer through five hundred kisses with the same man is worth it. He’d sit back, crack open a Mountain Dew, and have a good laugh. . .

Chris has chosen Dylan with whom to prove his point. . . 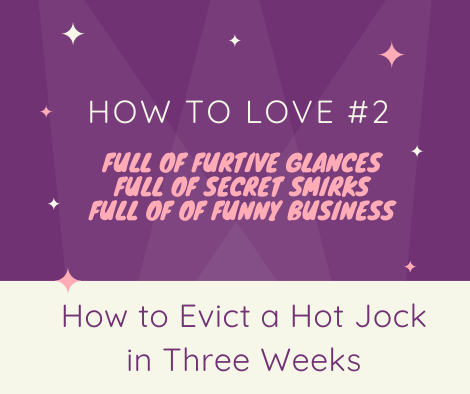 Let’s list all the reasons why Logan Stone is the worst roommate for Alexander Kress to share his beloved house with.
He:
🐀 loves possum (over-sized rodent) for dinner
🐛 keeps worms in the fridge and hunts fishes with a spear
🚚 thinks monster trucks are theatre
😉 is clearly hiding something behind that twinkle in his eye

Plus he’s straight—and sexy. And Alexander needs to stop shivering.

Logan couldn’t have scripted it better.
Just one more day of obnoxious shenanigans and Alexander would evict his method-acting ass. Except, maybe he needs two days. Maybe a few more—
What is this man made of?
It’s almost like . . .
Shit. The cute curator knows what he’s up to. But he doesn’t know Logan knows he knows . . .
Wait. Back up. Did he just say cute?

“How To Evict A Hot Jock in Three Weeks” is a stand-alone opposites attract, hero-in-disguise, bisexual realization rom-com.
Out now!

Sign up for my newsletter and get a FREE e-book!

Click here to get my free novella "Signs of Love: Winter"!

This website uses cookies to improve your experience while you navigate through the website. Out of these, the cookies that are categorized as necessary are stored on your browser as they are essential for the working of basic functionalities of the website. We also use third-party cookies that help us analyze and understand how you use this website. These cookies will be stored in your browser only with your consent. You also have the option to opt-out of these cookies. But opting out of some of these cookies may affect your browsing experience.
Necessary Always Enabled

Any cookies that may not be particularly necessary for the website to function and is used specifically to collect user personal data via analytics, ads, other embedded contents are termed as non-necessary cookies. It is mandatory to procure user consent prior to running these cookies on your website.

Did you get your free gay romance e-book?

Sign up for my newsletter! Don’t miss any news about upcoming books, giveaways, cover reveals and any other bits & pieces.

For a limited time, every new subscriber will receive a FREE e-book: my M/M gay romance novella “Signs of Love: Winter”.